Here at CRM, we have over 50 years of combined experience dealing with the Mississippi legislature and state agencies in Mississippi government. With vast experience combined with strategic skills, policy expertise and close working relationships with decision-makers, the principals at CRM are ready to take on your initiatives. 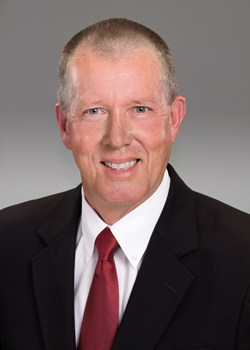 Bucky Murphy grew up in Starkville Mississippi and attended public schools, graduating from Starkville High School. He then graduated from Mississippi State University with a B.A. in Political Science. He received his Juris Doctorate from the University Of Mississippi School Of Law. Bucky began his professional career practicing law in Canton, Mississippi. He then served ten years as General Counsel and Director of Governmental Affairs for the Mississippi State Medical Association. In that capacity, he lobbied on behalf of the physicians of Mississippi at the state level and assisted the American Medical Association in lobbying the Mississippi delegation in Washington. In addition, he organized and administered the state’s largest political action committee.

For more than three decades, Bucky has been an owner of Corporate Relations Management, a contract lobbying/political-consulting firm. He has extensive experience in campaigns, both candidate based and issue based, having managed numerous successful campaigns for the state legislature. Bucky has served as an election commissioner for the City of Canton, as a member of the Board of Trustees of Madison General Hospital, as a deacon at the First Baptist Church of Canton, and as a member of the Board of Directors of Canton Academic Foundation. He has been married to Alice (Laird) Murphy for forty years and they are the parents of three children. Camp is a partner in Corporate Relations Management, Bo is an engineer with Center Point Energy, and Dees is the District Coordinator of Dual Enrollment/Dual Credit Programs for Holmes Community College.. 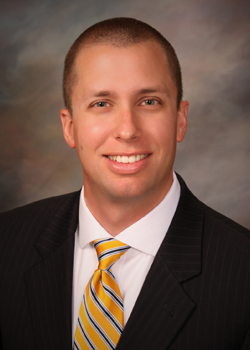 Camp is currently the managing partner at Corporate Relations Management, a government relations firm based in Canton, MS. Previously Camp served as a Policy Advisor in the office of Governor Phil Bryant where he handled military policy, public safety, corrections, emergency management, and budget policy. Prior to joining the Governor’s staff in January, 2012, Camp spent more than five years working as a Budget Analyst at the Legislative Budget Office, where his duties included helping state leaders prepare Mississippi’s budget. Camp earned a Master’s in Business Administration and a Bachelor’s Degree in Business Management, with a minor in Communications, from Mississippi State University. Camp was appointed Chairman of Bully Bloc, one of the state’s largest PACs, in late 2017. Bully Bloc is a Political Action Committee dedicated to the success of Mississippi State University and all Institutions of Higher Learning within the state. Camp served as Chairman of Bully Bloc through the 2019 election cycle and remains on the board. He also serves on the board of Improve Mississippi Political Action Committee (IMPAC). He and his wife, Sydney reside in Madison, Mississippi with daughter, Gray, and son, John Burke.